The Irony of Conflicts 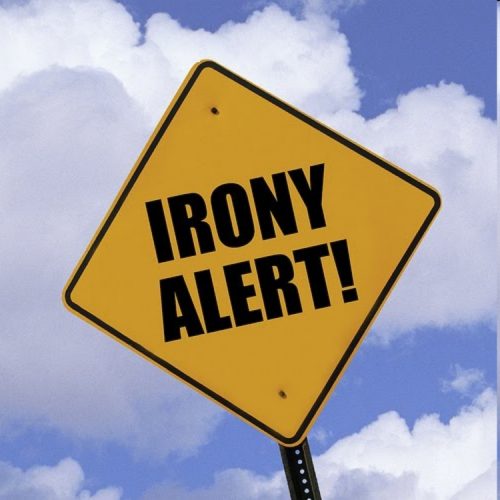 The Irony of Conflicts

So much to write and so little time to put it all together! Surprisingly enough not much has been written about the ironic side of conflicts. First of all, let’s look at the definition – Irony: a state of affairs or an event that seems deliberately contrary to what one expects and is often amusing as a result. The part about contrary is obvious …the amusing part of it – not so sure!

You might remember my last blog – Colombia Peace and Euphoria? Well President Santos went to Washington with some 200 people I think, celebrating 15 years of Plan Colombia and looking for new commitment from the US government in the peace process. President Obama liked it and will ask treasury to find another $450 million for the new Plan “Paz Colombia“.

Here is an excerpt of what Paz Colombia will be – Despite criticism, ‘Peace Colombia’ program seeks the demobilization of guerrillas, mine clearance over the next five years, and expansion of alternative development programs to the municipalities most affected by violence. The program will be introduced officially to Congress on February 9.

The irony comes from the fact that the more people you kill and the more damage you cause to the environment the more points you win. I think most of us are happy that this logic did not apply in the past but the experts are telling us that the ways wars are conducted have changed.

Colombia isn’t alone when it comes to irony but the way conflicts are happening in Colombia ….it’s pretty easy to see what’s coming next and who will not receive any attention.

In my blog I mentioned that in the 20 days before the “cease fire – unilateral“, the FARC needed to make a point (well they did not need to but did it anyway) by blowing pipelines, killing people, and causing environmental damage. Isn’t it a little bit ironic – War is Peace!

But I think the most interesting side of conflicts is exactly that “you have to make a point” and surprisingly these are the groups that are getting away with murders (hence a state of affairs or an event that seems deliberately contrary to what one expects). I am sure they all read the Art of War as it seems that the same tactic is being used by the ELN – another paramilitary group in Colombia.

It also looks like they must have had an agreement between each other not to take the limelight away while they (the FARC) were being hosted in Cuba (two years at the expense of Norway and other donors). Okay there is a funny part to this – when they asked the lawyer representing the FARC who was paying him, he told reporter that it was confidential. The irony here is that the FARC can’t “technically” use their cash since it was generated from criminal activities.

The timing is just too perfect to be purely coincidence.

Like the 20 days destruction festival that the FARC embarked on before the cease fire, the ELN is now launching some “trial balloon” – killing police and kidnapping soldiers. As I write this blog the Colombian Magazine Semana reports the following “ELN ataca Brigada 18 del Ejército en Arauca“. Now that the FARC will soon sign a Peace Accord (and remember no jail time) – they are already building their political party with the money that they made from drug trafficking, kidnapping, and murdering. So it looks like this could be profitable to the ELN as well.

“So in war, the way is to avoid what is strong, and strike at what is weak.” ― Sun Tzu, The Art of War

In order to be taken seriously, the ELN have to show that they excerpt some power and that they can take down infrastructures. The scenario will be something like this …. President Santos will launch attacks on the ELN, the ELN will respond with more attacks. Meanwhile, some donor country will begin behind the scene talks with the ELN – offering them some “political heaven” where they will be hosted and will have the opportunity to discuss peace. And yes remember that I also think that Peace is far more better than war!

“The art of war is of vital importance to the State. It is a matter of life and death, a road either to safety or to ruin. Hence it is a subject of inquiry which can on no account be neglected.”  ― Sun Tzu, The Art of War

It will be hard for President Santos to offer anything else less than what they have given the FARC (i.e the opportunity to be politicians, receive payments for reintegration of former combatants, free education, land and job opportunities). Luckily enough, his second term as a President is about to end and this agenda will be left for a new government ….a new government that could also include some of the leaders of the FARC or who knows with the current economic conditions, a left wing party headed by the FARC could be attractive.

Some more irony – At the same time, the government is holding an unprecedented  war on informal workers under the name of “retaking our public space”. Fortunately, most of the informal workers are not violent (well not as violent as the paramilitary groups). So they are pushed aside without any offer from the government … no reinsertion / reintegration into the “formal economy”.

“In the midst of chaos, there is also opportunity” ― Sun Tzu, A Arte da Guerra

The sign from informal workers is quite clear “gorilla fighters” are worth more than honest (but not paying much taxes) entrepreneurs.