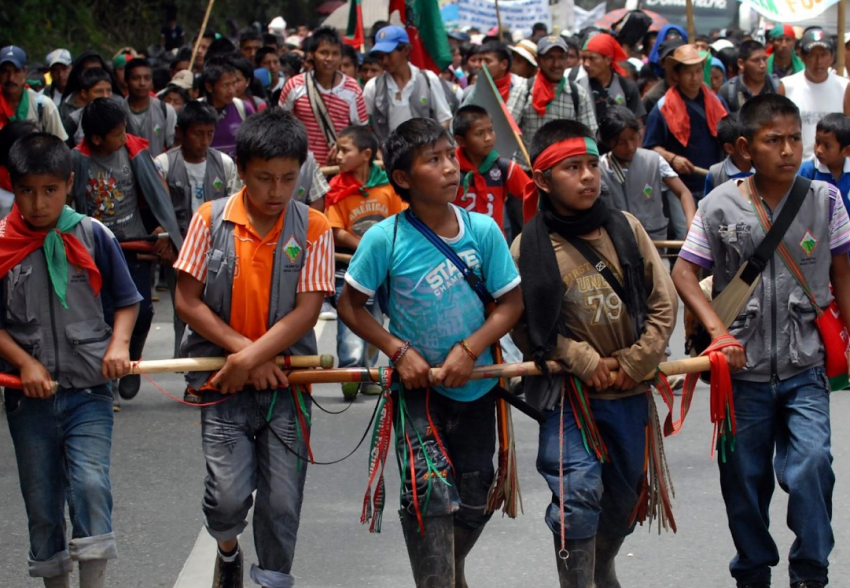 Autonomy for ethnic communities is crucial and important for sustainable economic development. Obtaining a voice through social leadership has been extremely challenging for ethnic communities in Colombia considering the violent crimes committed against them. More than 200 of our social leaders have been killed since the signing of the Peace Accord between the FARC and the Colombian Government in November 2016.

We believe that through a Multi Ethnic Chamber of Commerce (‘MECC’) we are able to offer our communities a voice through mobilizing our economies.

37 million hectares of rural land is held directly by Colombia’s ethnic communities as part of their territories. This represents a full third of available rural land in Colombia, while we only represent 10% of the total population. Their communities will be key for the Government to realize their National Climate Agenda without stalling Economic Growth. Colombia has licensed 20 million hectares under exploration and exploitation to the Oil & Gas industry. Our communities are direct stakeholders in areas as guardians of our territories.

The social development of their territory is directly tied to their ability to generate and build their own economy beyond funds received from government authority. While our territories have the appropriate rules and regulations in place to operate businesses, such structure doesn’t allow funds from national and/or international sources to flow to our territories. It requires an economic development plan of which the Multi Ethnic Chamber of Commerce is the embodiment.

Several ethnic groups have already set up their own Chamber of Commerce in the Americas and the Pacific in order to support their economic development. The Assembly of First Nations in Canada has been able to quantify the assets held by their ethnic communities. Their joint economies represent 5% of Canada’s total economy.

ThBC.lab leads the discussion that will bring together First Nations Leaders, Indigenous Communities from the Pacific region to have strong administrative solutions such as the Chamber of Commerce and financial vehicles to take a strong position for Inclusive Trade.